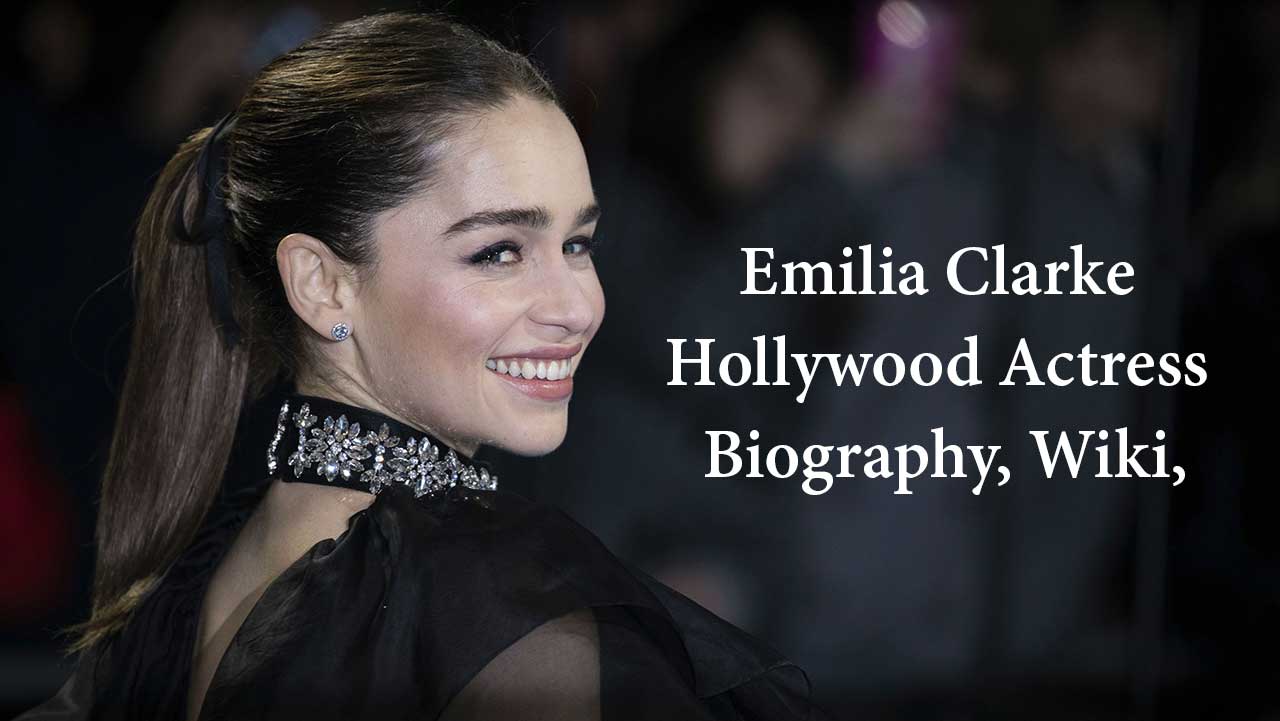 Emilia Clarke is an English actress known for her role in ‘Game of Thrones.’ Check out this biography to know about her childhood, family life, achievements, and fun facts about her.

Emilia Clarke is an English actress best known for her role in the HBO series ‘Game of Thrones.’ The daughter of a theatre sound engineer, she was exposed to the world of acting at an early age. She studied at the Drama Centre London and acted in several stage productions including ‘Breakfast at Tiffany’s’. She made her television debut with a guest role in an episode of the English soap opera ‘Doctors’. Hollywood Actress Emilia later went on to play her breakthrough role as Daenerys Targaryen in the fantasy series ‘Game of Thrones’ for which she earned several awards and nominations.

Venturing into movies as well, Clarke starred in a number of films such as ‘Terminator Genisys’, ‘Me Before You’ and ‘Voice from the Stone’. She would soon be seen in the upcoming Star Wars anthology titled ‘Solo: A Star Wars Story’. Clarke was once voted ‘the most desirable woman in the world’ by AskMen readers and also named ‘Esquire’s Sexiest Woman Alive’ in 2015. Besides being beautiful and talented, she is a strong and independent lady who is a proud supporter of feminism. On the International Women’s Day 2017, the English actress published an op-ed in ‘HuffPost UK’ stating her views on feminism and gender equality.

…….Better late than never?! ? (I realise in social media terms this happened 4 century’s ago but…..) #bafta2020 what a dreamy night of glitz and glammer, sky high heels and DREAM TEAMS! ?? We braved the cold and we donned our best, @schiaparelli did me a frock of pure magic, @lynseyalexander @sammcknight1 @petraflannery @chloebeeneystyling @rebeccajadewilson_nails bringing the heat and the 90’s vibes… what more could a gal ask for eh?! Yes, the answer is Lord Teddington The Third. Safe to say he celebrated by immediately pooing upon my arrival home. #whosaidwedonthaveglamouroffthecarpet?! #offigotoworkonmyChekhov #? #❤️ #?

So, we are not taking any liabilities, if any information has gone wrong or false. and any New post Insert and Paid Promotion to Contact us.

If you find anything wrong, let me know through an email at [email protected]

How to Fit in Summer: Say these things bye-bye if you...